Footage released by NATO offers an insight into Operation Sea Guardian and shows how crews aboard ships from Croatia, Italy and the UK work together to carry out maritime counter-terrorism missions. 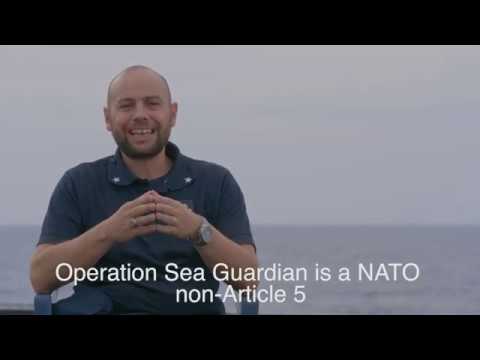 NATOChannel visited the British ship HMS Echo, the Croatian ship Vukovar and the Italian ship Espero during the first days of their focused patrols, and followed the crews during a practice operation boarding the HMS Echo as though it were a potentially hostile vessel.