What does it take to stop a dangerous drone in the battlespace or civil airspace? At Farnborough Airshow, Raytheon showcased the technologies it is developing to counter the growing threat of attacks by unmanned aerial systems (UAS). Berenice Baker reports.

Relatively cheap to acquire and capable of missions from basic spying to carrying weapons of mass destruction, UAS pose a growing risk to military bases and airfields. While few official reports of attacks are made public, the Russian Ministry of Defence reported an incident in January in which a swarm of ten armed drones rigged with explosive devices descended over Hmeimim air base in Syria. And in June a UK pilot claimed a drone was deliberately flown at his PA-31 aircraft as it came in to land at RAF Northolt.

There is a significant risk in civilian airspace, too. The number of drone near-misses with passenger aircraft in the UK more than tripled to 92 in 2017 from 29 in 2015, according to UK Airprox Board (UKAB) figures released in March. Similarly, the US Federal Aviation Administration (FAA) found that reports of drones violating safety standards rose 46% over the same eight-month period year-on-year, with 1,274 incidents being reported.

The FAA estimates that by 2021 there will be as many as four million drones operated by hobbyists and commercial users. Current numbers already pose a threat to civil aviation – in February the FAA announced that it was investigating drone footage recording a close call with an aircraft approaching Las Vegas airport – so this threat is set to grow exponentially in the coming years.

The problem with current radar systems installed around airfields is that they look upwards for enemy aircraft or missiles and are not looking for threats with the size or flight pattern of UAS. Raytheon is seeking to close this security gap with integrated solutions for detection, control and interception of UAS, whether with traditional weapons or by disrupting their electronics.

At Farnborough International Airshow in July, the vice president of business development for Raytheon Integrated Defense Systems, Joe DeAntona, said: “UAVs are probably the fastest-growing threat set of all the threats we have. The tech being used [to counter it] was developed before this threat came into being. To deal with a threat, you have to see it first – it could be anything from a $200 off-the-shelf drone to a sophisticated, advanced, air-breathing threat carrying weapons of mass destruction.

“Once you have detected the threat you can address it in a number of ways. The traditional solution uses missiles, or ‘kinetic effectors’, like Stinger, Iron Dome, NASAMS and Patriot, or AMRAAM [advanced medium-range air-to-air missiles] launched from fighter aircraft. One customer regularly uses Patriot missiles to take out UAS.”

The alternative to counter UAS threats is to neutralise them, which, according to senior director of business development at Raytheon Space and Airborne Systems Neil Peterson, requires transformational or disruptive technology. This includes high-energy lasers, intercepting a drone’s RF communications signal to take control of it, or high-power microwaves.

“Prototype laser weapons developed and funded by Raytheon have been operational in the field,” says Peterson. “They are a low-cost solution, powered by electricity, and are very modular and scalable. For special ops, they can be mounted on a dune buggy or helicopter, for example. They can also be fitted into the weapons pod on an Apache helicopter with an integrated sensor and effector, achieving the Department of Defense’s detect, track, ID and defeat goal.”

Vice president of mission support and modernisation at Raytheon’s Intelligence, Information and Services Todd Probert points out that there are many situations when it is not safe or acceptable to knock a system out of the sky, for example when a drone is flying over a full stadium. “In these situations, you have to get in the control loop and steer it to a safe location,” he says.

“Another solution to disable unwanted UAS is to disrupt them with high-powered microwaves.”

Australian company Department 13 addresses this issue with its MESMER solution. It detects, identifies and mitigates a drone threat by enabling the operator to take control of a drone and either send it home, to a safe zone or safely land in place. Unjammable and non-kinetic, it uses protocol manipulation - listening for RF drone signals and taking advantage of protocol weaknesses - to take control of the drone and send it valid commands.

Raytheon has also developed its own solution, the Windshear scalable cyber counter-unmanned aircraft system, which is currently undergoing trials at a number of locations.

Another solution to disable unwanted UAS is to disrupt them with high-powered microwaves. Vice president of advanced missiles Systems at Raytheon Missile Systems, Dr Tom Bussing, said these solutions are strategic, disrupting the electronics without destroying the technology. Raytheon’s microwave has been successfully demonstrated for the US Army, downing two or three devices at the same time. 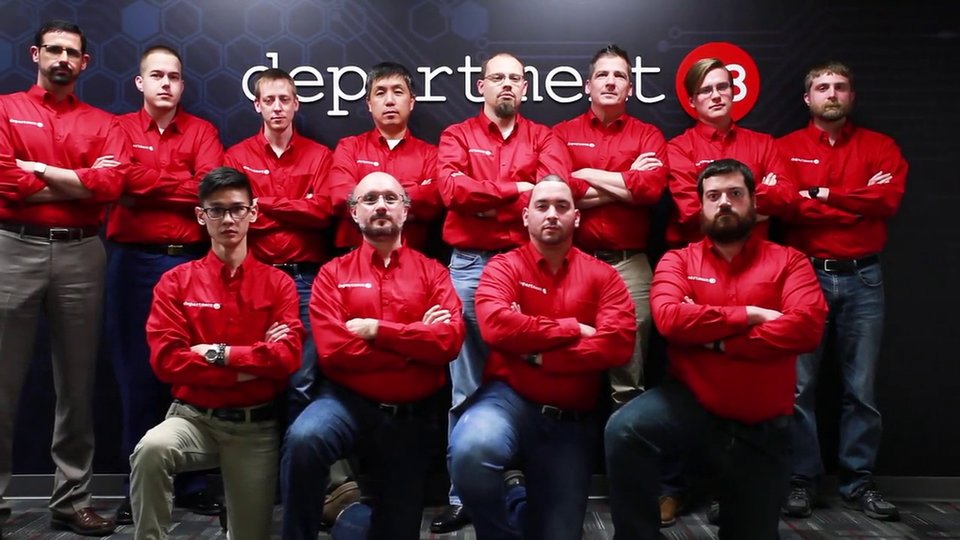 Department 13 on the future of drones and the MESMER system

Sometimes it takes a drone to take out a drone. Raytheon’s Coyote, for instance, is an expendable UAS equipped with an advanced seeker and warhead that is tube-launched, deploys wings once airborne and can operate out of a forward operating base. Bussing said that when several of the drones are needed at once they are capable of swarming, but there is always a ‘man on the loop’ to oversee control.

At Farnborough, Raytheon announced that it will be delivering Coyote and launch tubes alongside the highly-accurate Ku band radio frequency system radar to the US Army later this year to acquire, track and engage enemy drones of all sizes.

“Enemy unmanned aircraft are among the biggest threats facing our ground troops today,” says Bussing. "Our small, expendable Coyote provides the army with an affordable and highly effective solution for countering the growing UAS threat.”

The US Army expects to use Coyote before the end of the year, and Raytheon is currently developing advanced Coyote variants that will fly faster and farther.

The Coyote UAS is a low-cost, expendable system with a broad spectrum of capabilities