A former Royal Marine reservist has invented a jet suit and demonstrated it at the Royal Marines’ Commando Training Centre in Devon, UK, in true Iron Man style.

Using the jet suit, Browning overcame a series of drill fitness obstacles at the infamous bottom field assault course in good time, as shown in the video below.

Royal Marines Captain Oliver Mason said: “Royal Marines are sometimes called ‘supermen’ for their achievements, but even we stop short at the ability to fly. Watching Richard float, fly and hover around the assault course was a very impressive, surreal experience. Imagine what we could do with these suits on the battlefield – although Royal Marines pride themselves on being stealthy and one thing the jet pack isn’t is quiet.”

The jet suit used five engines with a combined power of 1000bhp, and has the ability to cruise at more than 50mph.

Browning, who founded aeronautical innovation company Gravity Industries in 2017, and is the chief test pilot, said: “It’s been at least a decade since I was last at the Commando Training Centre in Lympstone, when I was being awarded my coveted green beret. It is an absolute honour to be invited as a guest at the King’s Squad pass-out parade, but to be back tackling that assault course with one of our jet suits is a day I won’t ever forget.” 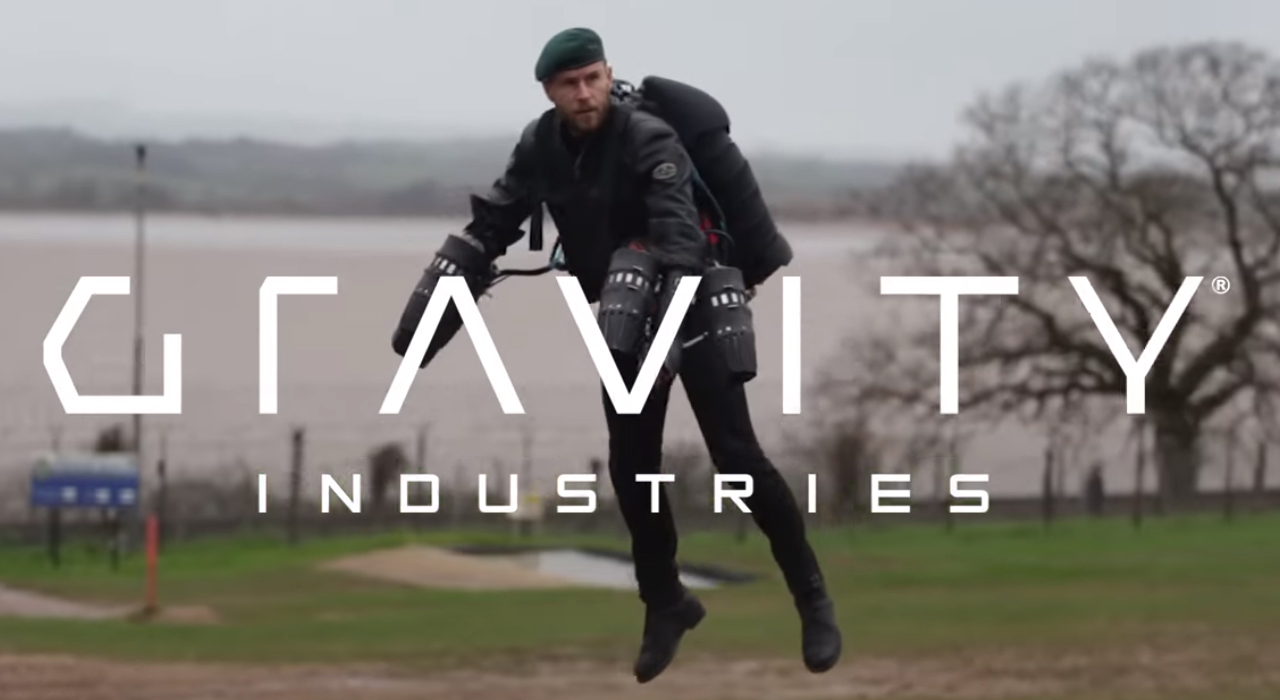